The last two days I’ve been working on the lion in the story. Pretty early into the book there is a full picture of him, so I needed to draw his entire body. Since my backgrounds are textured vectors and my main character is photographic I wanted to inject the lion also with a bit more life. That’s why I decided to draw him with watercolour. The problem with watercolour is, that it  a) takes quite a bit of time and b) the colours look amazing on the painting, but not once scanned in. Of course that can be slightly adjusted in Photoshop, but you won’t get the brightness and freshness of the real painting (especially, if you inject sparkles into the paint like I did).  Here is how I got my lion to the current stage. 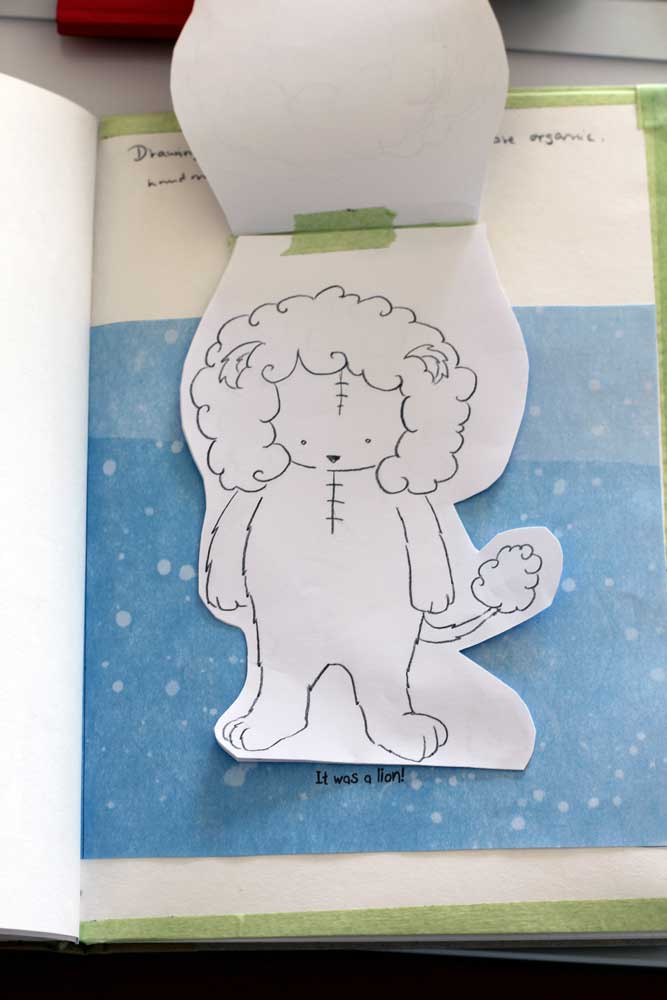 First I placed him where I wanted him to be and drew the outlines several times, until I’ve had him looking the way I wanted. Originally I wanted the girl to look up at him, but I have got no picture where she looks straight up as required.

These are the watercolours I use. The company is Schminke and was recommended to me by my artist aunt (from Berlin), who uses them herself. They are very expensive, but this is a student version and thus affordable.  I have them since almost two years now and they last quite a while. 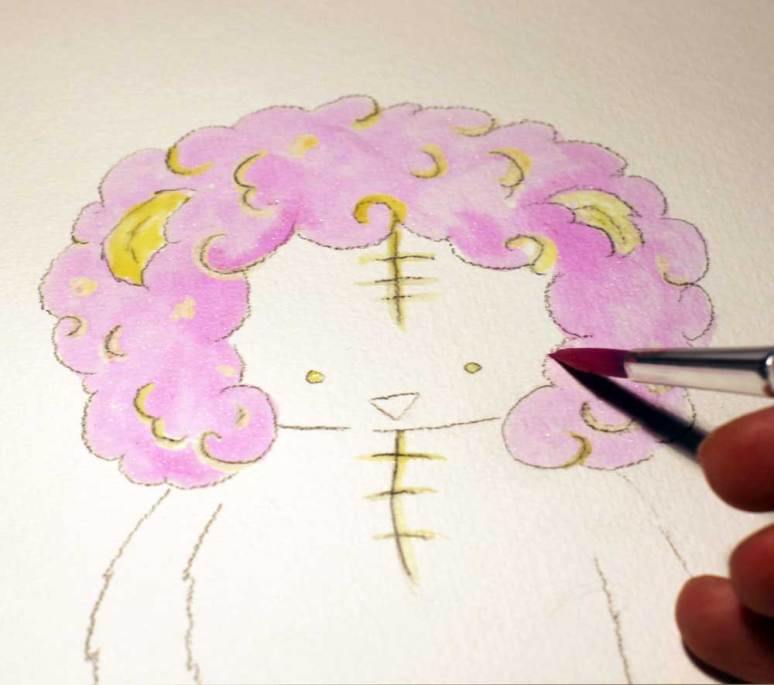 I transferred the image to watercolour paper and masked out the bits that I didn’t want to accidentally colour in or wanted to leave white for now. This pink is so much nicer in real life.

I am always keeping my dummy in view as a reference.

After I was done, I scanned it in. I realised that the outlines where not strong enough and traced them on a separate sheet with a light box. Then I did overlay them on the image and voila now they are visible. I then arranged the image various times until I was happy. As you can see I first had the girl in front of him, but after getting some feedback, that it might look a bit weird that way, I decided to leave her out. I wanted her first in the image so the reader can see the size dimension. Now the lion on his own looked almost a small. So I zoomed in to make him appear bigger. The proper dimension can be seen on the next page which is right next to it.

And this is the final image. It’s the first time I’ve done something like this, so any feedback is welcome! What do you think?

Now I have to paint only about 12 more lions in this way… phew… lotta work such a book.

On another note: Have a lovely week everyone!!!